Sure, the movies are often fluffy and unrealistic; but damn it, they shaped a large part of my childhood and maybe part of yours too. And the songs were not just super-catchy, they also had some pretty deep lyrics if you were paying attention. Let’s take a look. 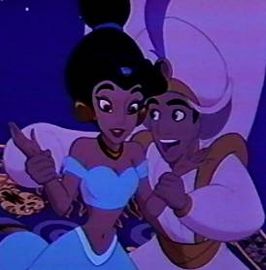 In the song “A Whole New World,” Aladdin and Princess Jasmine set out to do something different (since even in a cartoon, a flying carpet is noteworthy) and they have the time of their lives while travelling and falling in love with each other. In real life, we seem to hear a lot less of “When did you last let your heart decide” … and more of the common annoying questions like “When are you going to settle down and get married?” or “When are you going to stop playing around and get a real job?”

The other awesome thing about this line is the fact that it acknowledges experience and adventure as things that can change you, possibly permanently, and hopefully for the better. It isn’t about getting travelling or art or spirituality or self-discovery “out of your system,” like some kind of stomach bug, so you can then go back to doing what everyone else is doing. It’s about growth.

2. “I want adventure in the great wide somewhere

I want it more than I can tell

And for once it might be grand to have someone understand

I want so much more than they’ve got planned” 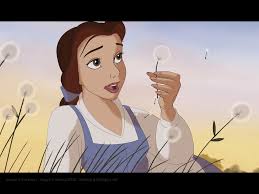 At least Aladdin and Jasmine found each other (and Aladdin always had Abu); poor Belle felt trapped in a town full of people who thought she was a weirdo because she’d rather read books than marry Gaston. Her father, also a social outcast, loved her dearly but didn’t seem to quite get her, either. Almost every great Disney movie I can think of centres its plot on a character who feels (or is) alone somehow, and wants to belong. Probably one of the most universal feelings out there, expressed very nicely within the first act of Beauty and the Beast.

3. “Somehow I cannot hide who I am, though I’ve tried

When will my reflection show who I am inside?” 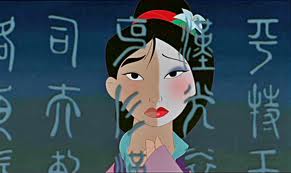 Speaking of wanting to belong, have you ever tried to make your outward appearance fit a certain standard even though “inside” you felt … well … different?  Always wanting what is best for her family, Mulan starts out struggling to appear as docile and delicate as a woman “should,” and then joins the army and struggles to pass herself off as a male soldier. Feeling as though you aren’t enough (good enough, pretty enough, strong enough, smart enough…) is an awful feeling; I can only imagine how much more difficult it is when you’re facing the risk of a violent death every day.

I suspect that this line, in the opening song from The Lion King, is supposed to encourage awe and respect for the beauty and vastness of nature, and remind us that each of us is a small part of a very, very, very large family here on planet Earth. But I have a more recent personal reason to repeat these lyrics to myself once in awhile. *ahem*

Ever felt overwhelmed by your to-do list or the expectations placed on your shoulders? Feel like you always seem to have a full plate? If you’re any good at what you do, your list/plate will always be replenished with new tasks that need to be done by someone. If you aren’t, your list/plate/hamper will stay full by default. It’s just now starting to sink in that even the super-busy, ultra-productive workaholic that is me will never complete every single thing I want to complete, and — here’s the kicker — that is the way things are supposed to be. *exhales*

5. “I remember Daddy told me, fairytales can come true

You’ve gotta make ‘em happen, it all depends on you” 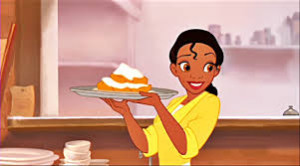 No disrespect to the old-school Disney heroines who placed great value on wishing and hoping and dreaming, but the likelihood of a dream coming true will increase dramatically from the moment you get up and start working toward it. Tiana, from The Princess and the Frog, has both the dreaming and the doing down pat … although she does need to learn to loosen up and live a little … hey, no one is perfect.

Mama Odie said so! And you can count on some serious wisdom from this “197-year-old blind lady” who we also met in The Princess and the Frog.

Here’s my take on this lyric: Comparison kills! We (me especially) seem to have a tendency to look at the titles and possessions and accomplishments of other people and feel as though we’re lacking if we don’t have roughly the same ones. I wish society would put more of an emphasis on finding out who you are before you go chasing after a career or certification or goal or lifestyle that may or may not hold much value for you (as opposed to waiting for the clichéd midlife crisis). Let’s start this new trend together, shall we?

7. “Think of the happiest things! It’s the same as having wings” 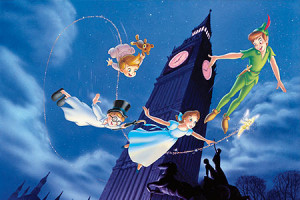 Is this a corny line? Sure it is. Just as you might expect from a song sung by a magical fairy-boy teaching his human friends how to fly out of their bedroom window.

Although this is probably the most racist Disney movie I’ve ever seen, I read somewhere that the story of Peter Pan has pretty interesting connotations if you consider wartime London, England as the setting. Think of how many children had to “grow up” too fast; think of how badly you might have wished your son or brother could remain a boy forever and only ever fight imaginary enemies. I’m sure many people of all ages, in war-torn areas throughout history and all over the world, have wished they could just fly away. The simple hope offered in this lyric … the suggestion that if you focus on “the happiest things,” you can get away from fear and gloom, if only for a brief moment … is vastly preferable to a chorus of “duck and cover,” don’t you agree?

8. “You think the only people who are people are the people who look and think like you 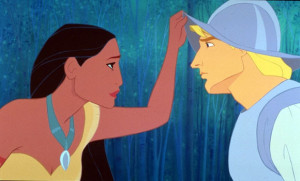 In other words, we could all stand to judge less and listen more. Far more. Or as my mom told me once, “Never assume that someone knows as much as you do or as little as you do.”

Yes, this movie is historically inaccurate and incredibly sugar-coated; that’s another talk for another time. But Disney’s Pocahontas has a wonderfully patient and understanding way of showing John Smith how limited his thinking has been, and making movie audiences everywhere reevaluate the meaning of the word “savage.” This is just one wise lyric in what is still one of my absolute favourite Disney songs. In fact …

9. “How high does the sycamore grow? If you cut it down then you’ll never know” 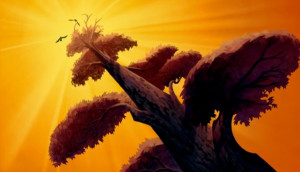 Not only from the same movie but even from the same song as #8 above, this is one of the lines that is most likely to bring a tear to my eye, anytime, anywhere. I can think of few things that make me sadder than the idea of wasted potential. Wondering if someone who died young could have grown up and been the next Nelson Mandela or Mother Teresa; knowing that the five minutes it would have taken to ask someone how their day went, once in awhile, might have saved that relationship. I think the underlying lesson here is about long-term gratification, and realizing that if I chop down a tree today because I want a better view from my house tomorrow, I may be stealing something from future generations that they will never be able to get back (the idea of saving trees has really resonated with me since my fifth-grade school trip to see the effects of clearcutting in Northern Ontario).

But I know so many less lucky than I…” 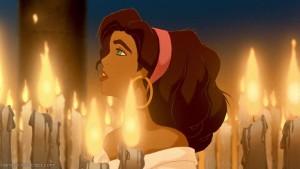 I dare you to listen to the song “God Help the Outcasts” from The Hunchback of Notre Dame, and pay attention to the lyrics, and not be moved. This is one of the simplest yet most touching prayers I have ever heard, and the entire song poignantly revisits the idea of wanting to belong. Sung by Esmeralda (a “gypsy”) inside a Roman Catholic church (a place that would have preferred her to stay away) to an all-knowing deity who might rebuke her as the people of the church did and whom she is not even sure exists, this entire song is worth listening to if you’re new to it or revisiting if you aren’t.  In fact …

Oh, and an honourable mention goes to the song “When You Believe,” from The Prince of Egypt.  The movie version is nice; the Whitney Houston and Mariah Carey duet is awesome.  Til next time …