Now that it’s May, I can look back at my most recent birthday, which was in early March.

Allow me to explain.

My birthday is on the 3rd, which means my champagne birthday happened when I was 3 and barely knew what “birthday” meant. Womp. Other significant birthdays ranged from very good (Sweet 16) to verrrry stressful (Quarter-Century), and overall the birthday to beat was March 3rd, 2014 (spent living it up in Dubai, shopping and fly boarding and going up the tallest building in the world). For my reverse champagne birthday (someone else can think of a cool name for it) I decided to go all out, celebrating 3 decades of life in 3 different countries over a span of 3 months.

I already had my ticket for Trinidad Carnival, so I kicked off the celebrations there and you can read all about it in my last post.  I came back home and danced the night away at a fete with a few of my girlfriends, then released the trailer for my new webseries-to-be and released a radio single. I celebrated my actual birthday by leaving work early to go to 2 auditions before taking myself shopping. 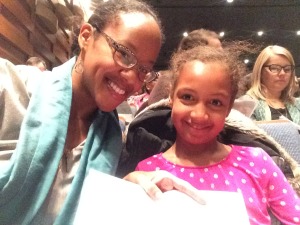 The birthday fell on a Thursday; that weekend I got to see the Alvin Ailey Dance Theatre perform with the added bonus of watching it with my little cousin. This was our first show together! And she’s the same age I was when our Grandma took me to my first concert, which I think is awesome. There was a family dinner after that, and then I went to my curlfriend Nicole Stamp’s place to learn how to work natural hair magic like she does. I’ve been in love with my hair ever since. I got to show off my curls the next day at a delicious and hilarious brunch with a bunch of friends and cousins. 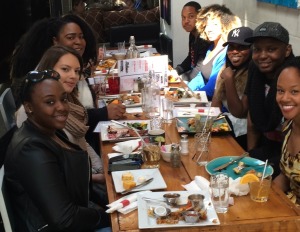 The next weekend I was reshooting sections of my Digital Dossier, and then I had new headshots taken by Denise Grant. It did rain that day, which ruined my plans for my hair, but MUA Christine Cho waved her magic wand and the pictures look pretty damn good in my opinion 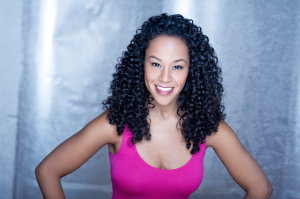 I almost ran out of time to squeeze in my third country, but in April I went to New York City (where I hadn’t been since 2012, and where I definitely need to be more often). Just looking at Manhattan, or walking up and down the streets there, feels like celebrating to me. Even better that I got to spend time with friends I hadn’t seen in years. And I got some good buys in on the way home, tee-hee! 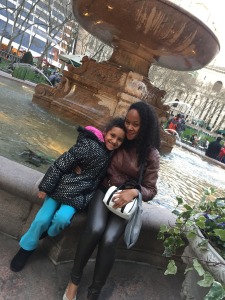 Haven’t “seen” her since she was in her mom’s belly!

So I did it: celebrated in 3 countries, between the beginning of February and the end of April, and the good times keep rolling. Other things have added to my birthday celebrations over the 3-month time period: I left my day job, auditions have picked up, I’ve booked a play in Peterborough and one in Toronto for this summer, and I’m leaving for Haiti in a week!

Happy Birthday to me, and Dirty Thirty is looking exquisite so far . . .