So I was on my way home from an audition, and as per usual I was struggling to put it out of my mind. This is a wise thing to do after any tryout, audition, callback, interview, or go-see. Once you’ve done it, there’s no going back in time to change what you did or how you did it. Right?

Oh, except in your mind. And I am a master of torturing myself by dwelling on what’s already behind me, singing the shoulda-coulda-song even though I’m tired of hearing it. Maybe it’s because of my experience as an editor, which teaches that finding flaws is the vital first step to fixing them. Maybe it’s because I’m an emotional Pisces, so comfortable in my dreamworld (a place where I’ve already won enough Grammys and Oscars to put even my own vision boards to shame) that my worst fear is opening my eyes to a reality that doesn’t measure up. Maybe it’s because an actor or singer can always find another actor or singer to laugh and commiserate with over how badly and thoroughly “I just bombed that audition;” or maybe it’s easier to remember the things I did “wrong” than the things I did right.

It’s probably all of the above, but for now I’m focusing on that last point. And here’s a plot twist: I’m about to congratulate myself for things I’ve done imperfectly, because I got some unexpected rewards out of those so-called mistakes.

I remember auditioning for a short film called Home Away, and totally forgetting my lines at one point while the camera was rolling. Oops. I said the wrong words but still got the character’s intent across, booked the role and finally earned the third ACTRA credit I needed to become full union. 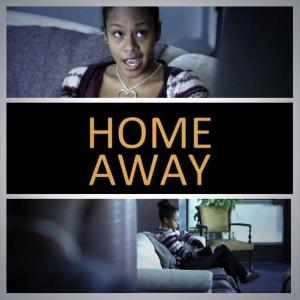 I competed in the Miss Teen Canada Scholarship pageant, with grand visions of bringing home the crown. Did I make the top ten? Nope. Did I cry? Yes (later, in the car). Funny how, even though there was no talent competition for this pageant, the director later asked me to sing something over the phone and invited me to perform at the Miss Teen/Mrs Michigan pageant that year. I happily accepted, and that was my first time performing outside of Canada.

It isn’t just about show biz, either. Last summer I picked up my phone, butterflies in my stomach on 100, called a guy I had met recently but really liked, and asked him out. I realize this isn’t a big deal for everybody, but for me it was huge! And he said no. And the Earth, I am glad to report, did not stop turning. 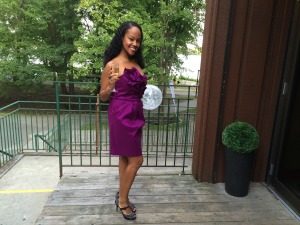 I’d love to post a pic of the gentleman in question, but that would be mean – here’s a shot of me instead, taken a few weeks later =)

Listen, social media can make it look like other people are strolling down Easy Street while you’re struggling to just get out of bed. Be aware of the gap between perception and reality. Please be aware of the many discouraging moments we all have, and which most of us decline to document or share. I personally cringe every time I hear the word “lucky” applied to me (and it’s usually being said by someone whose knowledge of my life is limited to my Facebook wall), knowing that my “luck” is largely the result of effort and discipline. And pain. And time. And learning.

And dozens upon dozens of “unsuccessful” auditions.

When all is said and done, maybe I’ll always feel bad for awhile after an unsuccessful shot at something. But deep down inside I know that the regret of not taking a shot feels even worse and lasts even longer. So … here’s to … I guess, a lot more NOs, with hopefully a whole lot of YESes too.