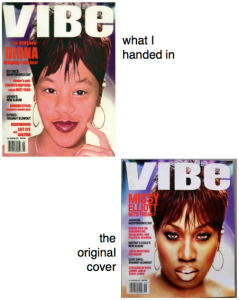 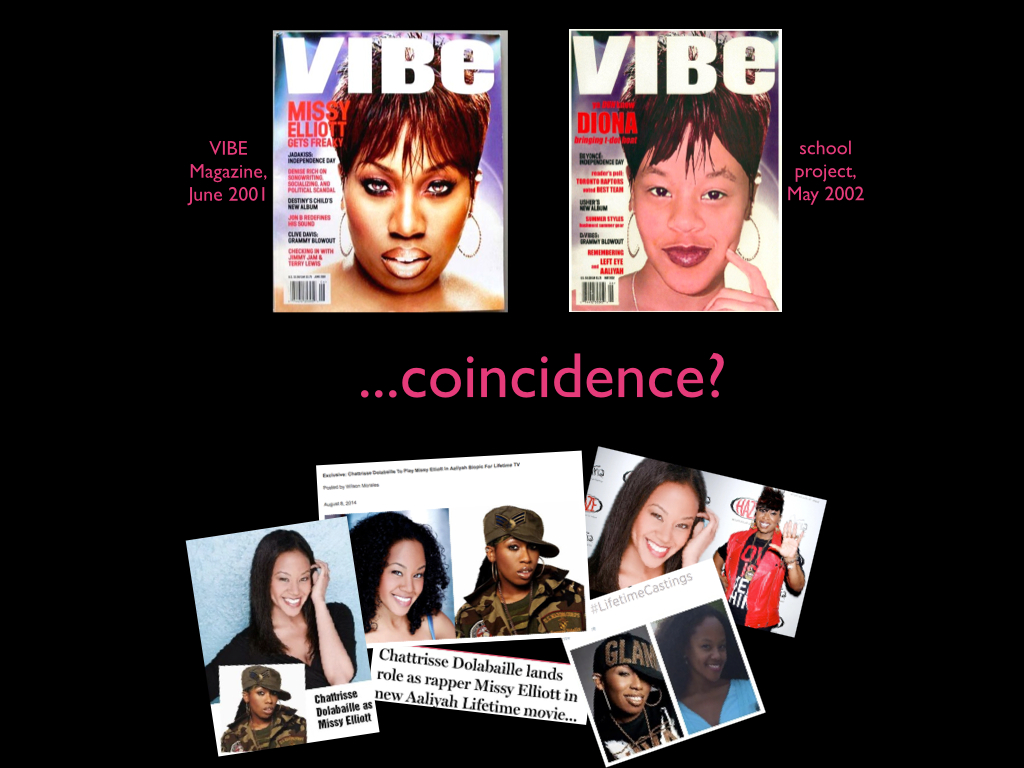 When it comes to the public transportation system of any big city or small town, it is way too easy to find fault with everything from the routes and the fares to the vehicles and the staff. As a downtown Torontonian and a hardcore commuter, I’ve complained about the TTC countless times. So today I decided to switch it up and give you ten things I honestly adore about our very own Toronto Transit Commission.

This is my favourite thing about taking public transit instead of driving: driving requires my full attention. Having some other person responsible for getting the vehicle from A to B, with the computer lady’s voice reminding me of what stop we’re coming up to, frees me up to do . . . anything I want? I’ve learned lines on the bus, applied makeup on the subway, changed my shoes while riding a streetcar. There is almost nothing I haven’t done in transit (get your minds out of the gutter), and usually it’s multiple things at one time. Like, eating a snack and responding to a text message while listening to music. 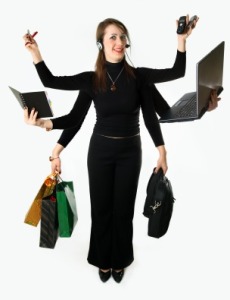 And let me not forget the amount of times I have used a TTC commute for . . .

Not every city can say that their transit system is safe enough for you to doze off, but I’ve done it  at least 50 times in my life. 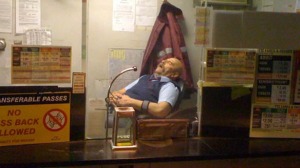 Probably wasn’t a great idea for him to do it, though. photo: cbc.ca

I rarely sleep to the point of missing my stop, it’s usually a light enough sleep that I wake up when I’m at or near my destination, and the couple of times I’ve knocked out for good, some kind stranger has woken me up at Finch Station. Thanks, fellow TTCers =)

Within the past 5 years, there has been an influx of hot drivers on streetcars and buses (it’s really hard to say whether the same applies to subway operators). Especially on downtown routes, and especially during daylight hours. Strategic hiring? Who knows. It works for me. 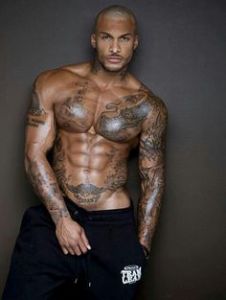 Wasn’t that him on the 509 shuttle bus? photo: pinterest.com (and for those of you who are curious, his name’s apparently Curtis Briggs. Good luck)

And if any of you reading this knows the Usher lookalike who was driving the 501 King streetcar at one point, please reach out and let me know if he’s single. 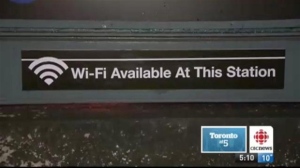 In the outskirts, I have a feeling it might be more annoying than reassuring to text your stop number to 898-882 and find out that the next bus won’t be along for another 20 minutes. In the heart of the city, though, I have come to rely on that text-for-next-arrival function so much it’s hard to believe I scoffed at the idea originally. All we need now is for the return text message to also include a photo of the driver who’s pulling up to your stop next. That’s not too much to ask, is it?

Call me a softie, but it makes me feel really good to see a child start interacting with a stranger across the aisle, or a teen give up their seat for an elderly person without being asked. 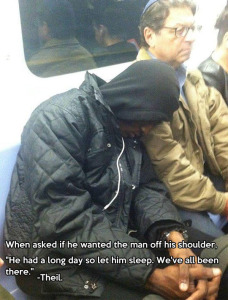 There are far more opportunities to witness these acts, and to participate in them, when you’re in a public place, like taking public transit, than when you’re alone in a car.

Yeah, another thing about being alone in a car is that when you do have a surprise meet up with someone you know, it’s usually hella dangerous to have an actual conversation with them! Once, driving in York Region, I looked over to my left and recognized a former neighbour I hadn’t seen in years. It was super-awkward to try to “catch up” through the window.

I’ve watched my cousin Kari expertly chop a man through the driver’s side window while navigating some offramp in New York City, but I really don’t recommend this. No matter how fine he or she is, I am not okay with being hospitalized in a car accident just so one of my people can pick up a new out-of-towner.

Sometimes you end up talking to someone you don’t already know. Like the guy who sat next to me on the Scarborough RT and ended up becoming a business partner, or the young lady who was headed east on Queen St with me, where we were both on our way to crash a theatre audition. (And it was the first time crashing, for both of us — hooray for moral support! Will you end up being lifelong friends? Probably not. Then again, you’ll never know unless you smile and say hello.If you can tear your eyes away from the screen in front of you . . . 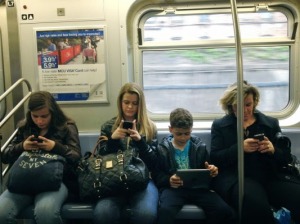 Maybe you and your new acquaintance will even get basic background info and exchange numbers. Shoutouts to Mauricio (511 streetcar.)

8. RIDING THE WAVE IN THE BENDY PART OF THE SUBWAY OR STREETCAR 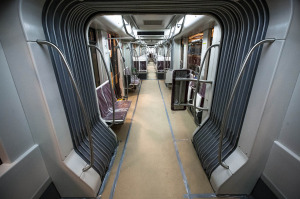 I’m not in love with how much it costs now . . . I long for the days as a student when it was only like $88 . . . but most months, the convenience and flexibility is worth it for me. 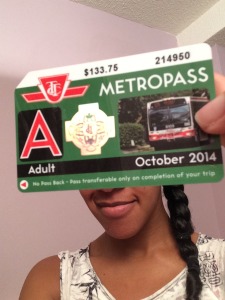 The TTC’s free rides on New Year’s Eve, plus passes for events like Nuit Blanche (although I feel there should be one for Caribana weekend) are pretty cool too.

Not all the drivers are awesome; some aren’t even nice on a basic level, but lots of them are really dope! Friendly, helpful, funny. Some are able to keep a whole crammed vehicle full of sweaty, late passengers laughing or at least smiling, and that’s a difficult task indeed. 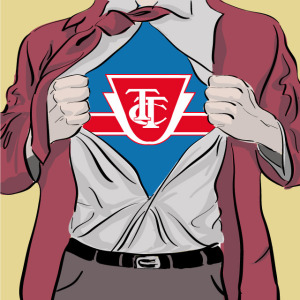 Hats off to you folks, you know who you are.

So as long as I live in an area where the transit works, I’ll continue to work my Metropass. I honestly feel like the good outweighs the bad when it comes to the TTC

Now if only they could find that rude leprechaun guy, record someone dealing with his case and make that go viral.  =)