Some of you know that I’ve recently returned from a trip to Haïti where I do humanitarian work with Toronto-based charity Third World Awareness. I’ve posted some of my favourite pictures from the trip already, but I thought I’d also write up a little something to answer questions some of you may have about the country itself, or this specific trip, or how you can get involved with similar work.
. 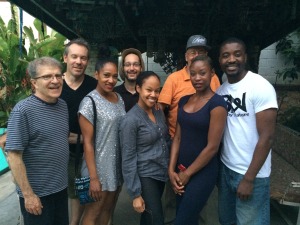 This year’s group of volunteers.

First, the basics: TWA takes a group of volunteers to Haïti every May for a 12-day stay. It’s a pretty awesome story: John Callaghan (the one in orange, hiding his face), a high school teacher, started taking his students on trips to poor areas of Kingston, Jamaica to show them how differently some people live in different parts of the world. (My future children will absolutely receive similar privilege checks before they’re out of school.) When he retired from teaching he didn’t plan on continuing the trips; but by then some of his former students, who were college-aged or older, joined with Callaghan to form a registered charity and keep the tradition going. TWA has now travelled to Haïti 14 times. Check out their site to donate or learn more about them. Or, you know, keep reading.

Where We Go
We stay in Pétion-ville and work mostly in Port-au-Prince. On a weekend we might travel for a bit, like to a beach in Montroui like we did this year. 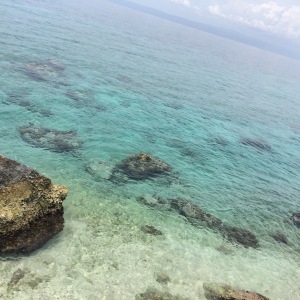 .
What We Do
Volunteers have a choice of working at a malnutrition clinic for children (my usual spot), a healthcare facility for adults, or a school TWA has funded, which is almost complete, in a very poor section of Port-au-Prince called Cité Soleil.
.

Cite Soleil from above.

.
How We’re Funded
Any money donated to TWA goes directly to projects on the ground in Haïti and to the people who will benefit from them. This organization pays no salaries to its board of directors, and volunteers raise our own funds to cover things like airfare, accommodations, food, medical expenses, etc.
. 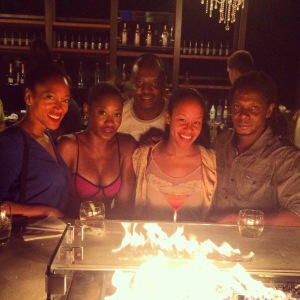 High Point of 2015 in Haïti
I’m so predictable. I always fall in love with the kids. We aren’t permitted to take pictures at the malnutrition clinic; here’s one from the first day I visited Cité Soleil this year.
.

Worst Part of the Trip(s)
I’m a pretty good traveller, and I’ve been to Haïti 4 times now, but I’m still prone to a bit of stomach trouble and mosquitoes love me. The other physical discomforts (dust in the air, heat, occasional torrential downpours) are pretty minor.
.
Post-Earthquake Progress
Having never been there before the massive earthquake of 2010, I’m a bit hard-pressed to say whether the changes I see are the results of specific post-quake reconstruction or just general progress. I do know that there are hardly any quake ruins left in the areas I saw, and that there continues to be lots of construction and increased/improved amenities, which from what I can tell are benefitting everyone and not just certain groups of people or neighbourhoods.
. 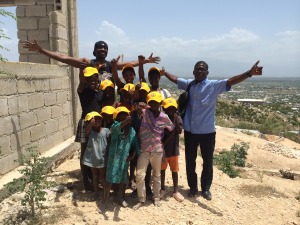 One of our volunteers and one of our guides with some future students of a school we’re helping to build in Cana’an.

What about Language?
Fortunately I speak French, and a bit of Kreyol; but every time I go to Haïti I’m resolved to get better at both these languages. You don’t need to know either to get along in the country, but it doesn’t hurt to learn a few key words.
.
Why?
Because I love travelling and it doesn’t always need to be under glamorous circumstances. Because I love reuniting with my friends there, including my “big brother” Serge, and meeting new friends too. Because there are far too many people who “wish they could” or “always wanted to” and I want to be one of those who is glad and grateful that I’m doing it. Because going to a country loaded down with luggage and coming back with little more than the clothes on your back is great for your soul and your closet as well. Because Caribbean sun. Because Haïtian food. Because we can.
.