Some of you remember my Top Ten Tuesday blog featuring ten things I wanted to get done during the last couple months of my stay here in Dubai. Many of those things will remain unchecked on my list, but one of them that I made sure to get done was the desert safari experience.

Full disclosure: several of the activities presented as part of the safari package are things I had already done, so for that and other reasons (keep reading) it wasn’t the most thrilling few hours of my life. But I got a great deal on it, and some really nice pics, and all in all it was worth it …

So here is Chattrisse’s Guide to a Dubai Desert Safari!

First things first: book carefully. Booking a desert safari here is like trying to find a hot dog vendor in downtown Toronto: lots of options for the same stuff. If you’re a tourist, your hotel probably has a link, but it’s worth looking elsewhere as hotel prices are usually not bargains. Check Groupon, or Kobonaty, or just use the internet from within the UAE and wait for the ads along the side of your screen to start showing white Land Rovers on red sand dunes. I promise it’ll happen soon enough. 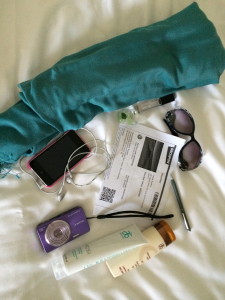 Also before you go, know what you want to do the most. I don’t imagine anyone could get through all of the activities on offer in a single shot. I recommend bringing a buddy so you both have lots of pictures of the day without wasting time canvassing strangers to take them.

The company I went with offers door-to-door pickup and dropoff, which was a huge bonus for me. Unfortunately I got picked up more than an hour late (I was told this was because other guests were late, but those guests said they’d been told the same thing after we finally picked them up) and it would have been nice to have that extra hour or so to get more things done.

In any case, once your driver gets you out of the city your first safari activity is dune bashing. He’ll let the air out of the tires and go careening up and down the sand dunes. This was fun, even though I was in the back seat and my knees got a bit beat up; it wasn’t my first time dune bashing, and apparently it takes more than two tries to really get the hang of capturing good video footage. I’ve got a pretty strong stomach in most cases, but the heat (close to 40 degrees a few hours before the trip) combined with all that motion and the confined space did make me a bit queasy.

It was a relief to get out and breathe some fresh air, and the driver chose a nice deserted-looking area (no other vehicles or people anywhere in sight) to let everyone take some pictures. Part of the reason I’m blogging about this almost a month after the fact is that I was hoping a nice woman in my group would send me the nice pics of me she took with her nice camera. C’est la vie.

Next, the driver takes you to the main area, parks and gives you a super-quick tour of where everything is. Because of our late start, we were informed that we had about an hour before it would be time to go. So I made the most of it, and if you were with me here are some of the things we could have done:

Shisha smoking – this is included in the ticket price, but I’ve heard and read too much about how shisha isn’t any better for your voice than cigarettes, so I passed. I get plenty of it secondhand when we perform on the beach, lol!

Falcon flirting – okay, I’d already taken pictures with Maktoum the falcon back at the resort, but this was a different one! =) And she did tricks; Maktoum doesn’t. This did cost a small fee of 10 dirhams, but I enjoyed it. 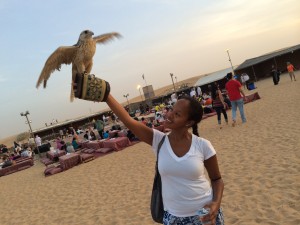 ATV riding – I would have liked to get this done. Too many people and too little time.

Sand boarding – this was on the top of my list! Picture snowboarding, except on sandy dunes instead of snowy hills. But there didn’t seem to be anyone around offering instruction; I was handed the board by another tourist, so I dragged it up to the top of a dune, looked down at my sandals and shrugged. I ended up taking some more pictures instead. 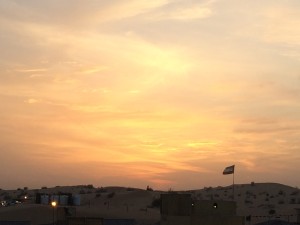 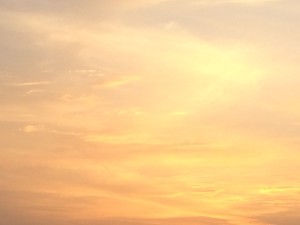 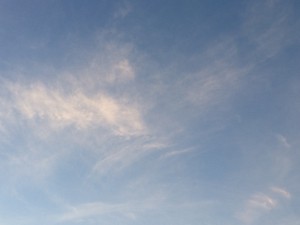 Camel riding – thank goodness this wasn’t on my list (again, I had done it at the resort), because there were hordes of people waiting to ride the camel.

Authentic dress – another area where it would have been nice to see staff of some sort. Putting on the abaya is a no-brainer, but wrapping the sheila definitely takes practice and/or help! I met a nice woman from Cambodia who was in the same boat, so we did the best we could, but if the organizers had asked for my feedback … um, why didn’t they? … I for sure would have asked about this. 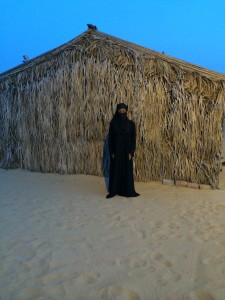 Tanoura dancer – once the sun goes down, the scheduled entertainment starts. I found the male dancer kind of boring but I’m sure I’d have been more interested if I knew more of the history behind Tanoura, an Egyptian folk dance where the performer’s costume lights up.

Henna – yeah! I haven’t had henna done since the turn of the century, so I was excited for this. It was included in the ticket price too, but I chose to tip the Indian woman who applied it. I left mine on for a little over two hours because I wanted it to get as dark as possible. Shoutouts to the guys from the States who were in line in front of me getting scorpions and other designs: “real men get henna tattoos!” 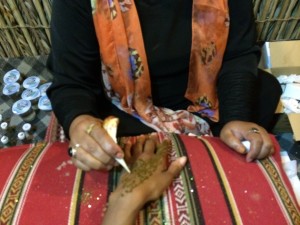 Dinner – the words “international buffet” sound more glamourous than what you get; luckily I was warned about this ahead of time. If you don’t expect much, you’ll be fine – salad, meat, rice, and a few other items, plus water and pop (and I think tea and coffee) are all included in your ticket price, and you line up to get it cafeteria/all-you-can-eat-buffet-style before chowing down at the table reserved for your group. The tables are low to the ground, decorated in keeping with the Bedouin theme, and you sit on low benches surrounding the stage so everyone has a good view of the entertainment.

Belly dancer – I was excited for this as well. She danced to a handful of songs with different props, including canes and a silver cape and of course the jingling hipscarf. During her last number she got a few of the audience members up and dancing with her; some of the men could really shake it! 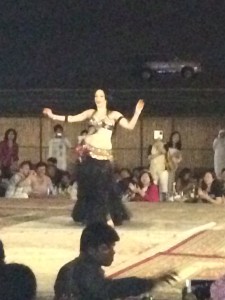 Bathroom – don’t expect to make it through the whole safari without needing to relieve yourself, especially if it’s hot out because you will be drinking. And don’t expect much from the bathrooms either. Although there were separate toilet areas for men and women, a guy didn’t see the sign so a few of us ladies ended up having to wait (lol) to use the rather shabby facilities.  (You’ll notice if you scroll back up that I packed hand sanitizer … yeah. That’s all.)

I skipped the souvenir shopping, and we all piled back into the car to get driven through the dark desert, then the brightly lit city, and back home.

My ticket (thanks to Groupon and Cooper Tourism) cost me 109 dirhams, or $33.59 Canadian; plus I gave the falcon’s handler and the henna artist 10 dirhams each, which is roughly another $6 Canadian. Under 40 bucks = totally worth it. And I would be really annoyed with myself if I’d somehow made it through six months here without doing the desert safari, so voila! 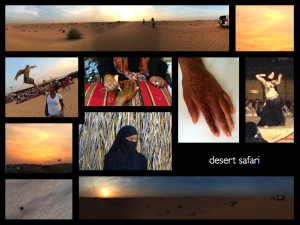